Guardian of Castle Grayskull and all its secrets, the Sorceress is the most powerful magician on Eternia. She was once Teelana, a young woman whose village was attacked by the Evil Horde and the sorceror Morgoth. She journeyed to Grayskull seeking help, but was named the successor of the current guardian. Her old life was finished, her family gone. When Skeletor returned to plague Eternia, the Sorceress imbued royal Prince Adam with the power to stand up and fight this evil: the power of Grayskull. 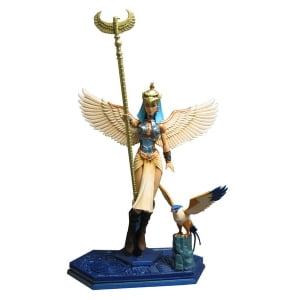